Our Future of Change: Envisioning the Role of Libraries and the Information Community

Donna Scheeder is the President of the International Federation of Library Associations and has spent the first year of her two year term delivering a Call to Action to library leaders all over the world. She retired on March 2015 as the Deputy Chief Information Officer of the Congressional Research Service after a long career at the U.S. Library of Congress which included five years as Director of Law Library Services. She has been a member of the IFLA Governing Board for eight years including two as Treasurer and is a former Chair of the Section on Libraries and Research Services for Parliaments. Her networking skills have been sharpened over her 45-year career and record of volunteer public service. She is a former President and Treasurer of SLA. She is also a SLA fellow and a recipient of the John Cotton Dana award given in recognition of outstanding contributions to the field of special librarianship. She was elected to the SLA Hall of fame. 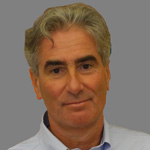 Gerald Leitner has been IFLA Secretary General since June 2016. He is responsible for the strategic and operational direction and financial management of IFLA. Gerald Leitner has worked in senior positions at international organisations and in Austria’s cultural, scientific and educational sectors. Prior to becoming IFLA Secretary General, he was the Secretary General of the Austrian Library Association. Gerald studied literature and history at the University of Vienna. After his studies he worked as journalist, chief editor of the Austrian Library magazine and head of training for public librarians in Austria. He has been president of the European Bureau of Library Information and Documentation Associations (EBLIDA) and a member of national and international advisory bodies in cultural, education and scientific sectors. He is highly experienced in negotiating with politicians, authorities, lobby groups, publishers, artists, businesses and strategic partners. 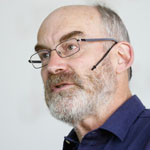 Dave Snowden has pioneered a science based approach to social systems. He originated a narrative based approach to distributed ethnography currently being deployed in a pioneering approach to citizen engagement at a national level through the lens of future generations. His paper with Boone on Leadership in the Harvard Business Review (2007) won the Academy of Management award for the best practitioner paper in that year. He previously won a special award from the Academy for the originality in his work on knowledge management. During his time in IBM he was selected as one of six on-demand thinkers for a worldwide advertising campaign. 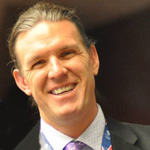 Consultant/Adviser at the UN Conference on Trade and Development and Associate Fellow, Geneva Centre for Security Policy
UNCTAD and GCSP
Switzerland/Netherlands

Nick Ashton-Hart has represented individual artists from punk legends the UK Subs to the Godfather of Soul, James Brown; in multilateral affairs he represented all artists and their managers as head of the International Music Managers Forum. He spent eight years as the Geneva representative of the global technology sector to the UN and now helps UN member-states leverage the digital environment for economic development. He volunteers helping refugees for the International Organisation for Migration – and in Amsterdam helping alcoholics and drug addicts get or stay clean and sober. 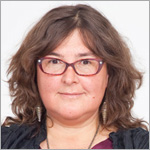 Anriette Esterhuysen is the executive director of the Association for Progressive Communications (APC), an international network of organizations working with Information and Communications Technologies (ICT) to support social justice and development. Prior to joining APC Anriette was executive director of SANGONeT, an internet service provider and training institution for civil society, labour and community organizations. She was active in the struggle against Apartheid from 1980 onward and from 1987 to 1992 did library, archive and electronic information and communication work in development and human rights organizations in South Africa and Zimbabwe. Esterhuysen, with many others, helped establish email and internet connectivity in Southern Africa. Anriette has served on the African Technical Advisory Committee of the UN's Economic Commission for Africa's African Information Society Initiative and was a member of the United Nations ICT Task Force from 2002 to 2005. She was a member of the Multistakeholder Advisory Group of the Internet Governance Forum from 2012-14. Anriette was one of five finalists for IT Personality of the Year in South Africa in 2012, an award which recognises a person who has made an outstanding impact on the South African ICT industry. Esterhuysen was inducted into the Internet Hall of Fame as a global connector in 2013. Currently Anriette is a member of the Global Commission on the Stability of Cyberspace. She has published extensively on ICTs for development and social justice and the Commission on Science and Technology's Working Group on Enhanced Cooperation in internet governance. She holds a BA in social sciences and postgraduate qualifications in history of music and information sciences from the University of the Witwatersrand in Johannesburg, South Africa. 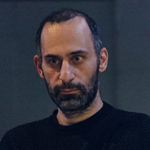 Vassilis Haralambidis was born in Athens in 1975. He is a founding member and the artistic director of BIOS, a cultural center for art and new media, and of Romantso, the first Greek Creative Industries Incubator. He worked as an artistic director for many years in advertisement companies and communication services. In 1999, he established his own record label to release his own music and music of young Greek producers. In 2001 he starts the BIOS project and since, he has been curating numerous events and performances concerning urban culture, new media and various expressions of contemporary artistic creativity, and he has directed shows that explore the limits and boundaries between live performance and installation. 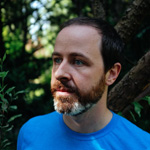 Ivan Owen is an interdisciplinary artist and makerspace operator from Washington State, USA. He is the co-creator of the world’s first open-source 3D printable prosthetic hand and one of the founding members of the e-NABLE open-source assistive device community. Presently he is employed by the University of Washington, Bothell where he oversees the operations of the campus's Makerspace including educating students in the use of digital fabrication and mentoring teams of student researchers in a broad range of projects. In addition to his university work, he maintains an art practice where he explores the intersections between art, engineering & imagination. 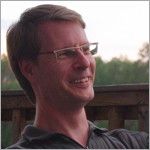 Karl Schroeder is a futurist and award-winning author. His ten published novels have been translated into more than a dozen languages. With a Master’s degree in Strategic Foresight and fifteen years of consulting experience, Karl has developed a unique approach to futures studies that combines storytelling with rigorous research. His clients include government and corporate organizations that are seeking new templates for transformative change. Born and raised in Canada, Karl now lives in Toronto with his wife and daughter. 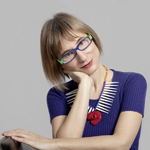 Betty Tsakarestou is Assistant Professor and Head of Advertising and Public Relations Lab of Panteion University, at the Department of Communication Media and Culture. In 2015, she received a grant from US Department of State and participated as International Exchange Scholar at the Study of U.S. Institutes (SUSI) on Journalism and Media at Ohio University. She co-initiated “Connecting Cities Project”, a digital storytelling international initiative for innovating cities public diplomacy, together with SUSI alumni communication and journalism scholars and our students teams from five cities -Athens, Kampala, Santiago, Shanghai, Quito- in four continents. Betty has gained international academic experience as a visiting scholar at Copenhagen Business School, at University of Cyprus and at the Summer University of Warsaw School of Economics. Her research and teaching is focusing on mobile, sharing and collaborative economy and consumption, on start-up entrepreneurship and social innovation, on cities as platforms for co-creation and innovation and public diplomacy and recently, on entrepreneurial journalism innovation. In 2016, she has been appointed as Branding Officer and European co-Liaison of International Communication Division of The Association for Education in Journalism and Mass Communication (AEJMC). She is editor of a book series on “Digital Culture” with Pedion Publishing. She is serving at the BoD of the Institute of Communication and at the Advisory Board of Impact Hub Athens, Greece. Between 2010-2012, she served as Director of Educational Radio-Television, Ministry of Education, Lifelong Learning & Religious Affairs, with the mission to organize and implement the digital transition of this educational media entity. 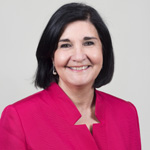 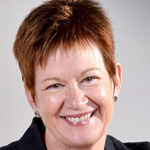 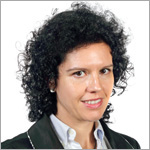